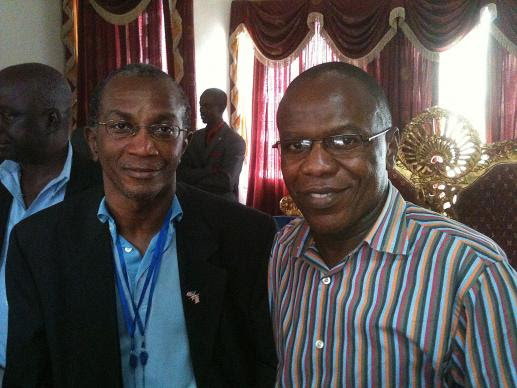 
A United Methodist doctor took the trial Ebola vaccine because he wanted to encourage others to volunteer.
Dr. Francis Kateh, a former administrator of the Ganta United Methodist Hospital, was among 12 volunteers who took the vaccine as the first large-scale trials of two experimental vaccines against the deadly virus began in Liberia.
“I had to come forward to take it since it is my duty to encourage people to volunteer their services in participating in this Ebola trial vaccine process,” said Kateh, who is now chief medical officer of the Jackson F. Doe Memorial Hospital in Tappita, Nimba County.
Kateh said he was simply fulfilling his Christian duty of leading the way in all things.
Read the whole story!
Labels: mission news