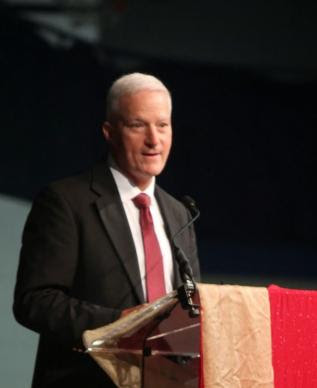 
Serving in Iraq from 2003 to 2004, the Rev. David E. "Dave" Smith, a retired Army chaplain, had four near-death experiences within a month and a half.
"When I came back from Iraq, I was changed," he said. "I was going through my own soul wounds."
Moral injury has dominated current discussions about veteran care, he said. "What that looks like is a veteran who has experienced a conflict in their conscience because of something they themselves have done or witnessed."
In dealing with his own wounds, Smith began talking with the Rev. Stephanie Hixon, executive director of JustPeace. JustPeace is a United Methodist center that prepares and assists leaders and faith communities to engage conflict constructively in ways that strive for justice, reconciliation and restoration of community.
Smith recently became coordinator for JustPeace's Soul Care Initiative, which provides churches with a congregational toolkit and other resources to start conversations about veteran care.
"The Soul Care Initiative became a part of JustPeace last July as a result of my own experience," Smith said. "I was diagnosed having PTSD (post-traumatic stress disorder) a little over three years ago. As I look at my own life, I see that I can provide and make a critical contribution in my community and in my family. Even though I myself am wounded, I still have a role. There are others out there, like myself, who are doing the same.
Read the full story.