On the anniversary of Loving

Just read this remarkable personal story, and commend it to all: 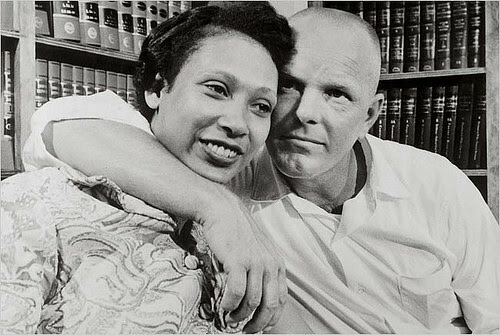 By John Gauthier*
June 12 was the 50th anniversary of the Loving v. Virginia case, in which the Supreme Court ruled unconstitutional any state laws barring marriage based on race. This is of special significance to me as my wife, Dana, and I are an interracial couple living in Maryland, which also had anti-miscegenation laws which would have prevented us to marry in this state, or to be legally recognized had we lived in that time.
June 12 is a day I celebrate, and a day that I deplore. This day reminds me of my ignorance, and the willful rejection of so many of us to take seriously the blatant, fundamental issues in our society. It also reminds me of the danger of relying on government alone to fix social problems.
Race had never been a major focus of my life. I was raised in predominantly White northern Illinois by parents who were largely neutral about racial issues. As a family, I think we always believed that a person's worth was largely self-determined and that 99 times out of 100, each person had an equal opportunity to make of themselves what they wished, and if they didn't, blame rested largely on their shoulders.
Then I met Dana.
I didn't understand what I was experiencing at first, when people would stare at us, or when I'd watch her get trailed in a retail store by a security guard, or when the fast-food cashier, not knowing we were together, was rude to her, but brightened as soon as I stepped up. When her niece, nephew and I were jeered-at twice within a 20-minute period walking down a street in Raleigh, I chalked it up to “The South.” But as more and more of these experiences stacked up, I started to see something that I simply didn't understand before: Being Black in America IS a fundamentally and demonstrably different experience than being White in America.
The rest of the story ...
Labels: reflections